Lord REVIVE us again and let us REVOLVE and we now ask the all-powerful spirit of God  that creates all things to renew and RECREATE us so that we may be a blessing to others. 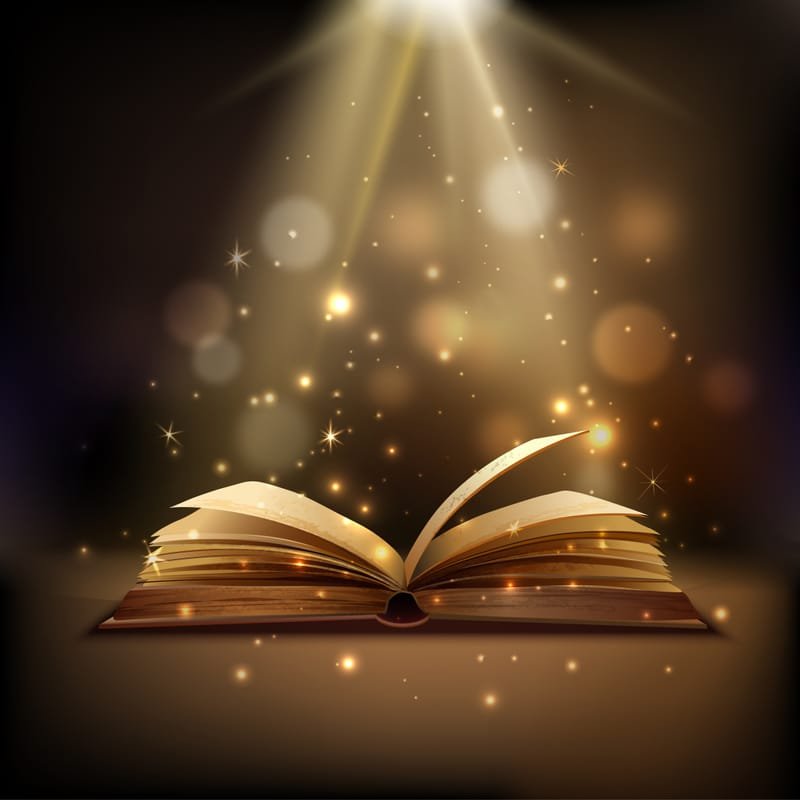 LORD, you have given me a Great blessing and Awesome responsibility. Help me to be worthy.
Grant me the ability to counsel wisely and well; strength to practice what i preach; courage to live always
in your light; and grace to lead other to you. Let everything i do be done in your name LORD. 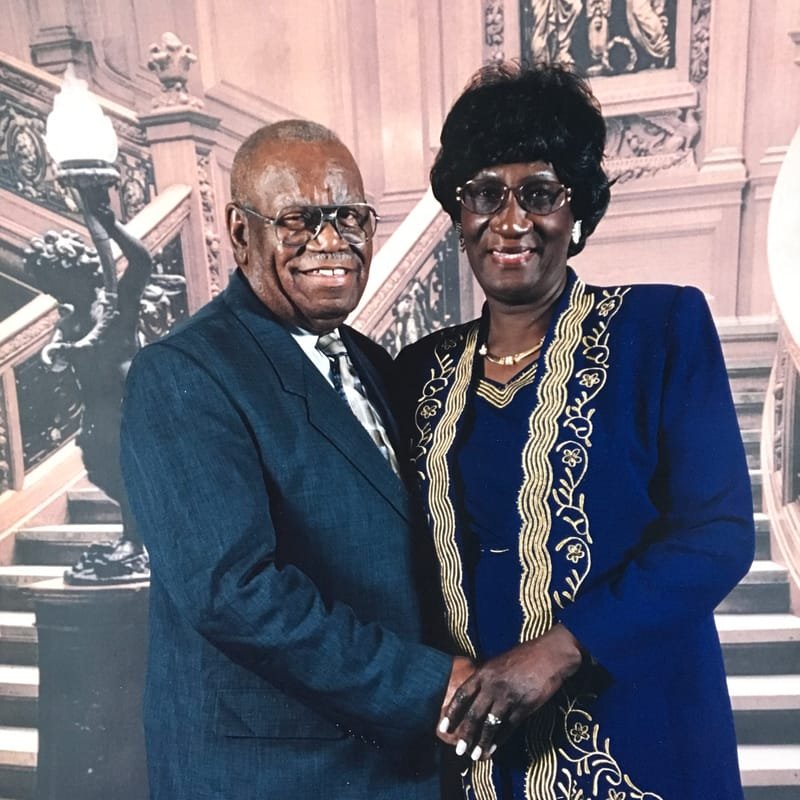 Reverend Dr. Leo H. Graham, was born in Hartsville, South Carolina. He has married to the former Mary A. Jackson for over 50 years. Dr. Graham and Mary Graham are the proud parents of four children, five grandchildren and great grandchildren.

Dr. Graham has an insatiable thirst for knowledge and education. He began his biblical studies at Philadelphia Biblical University.  He continued his studies at The Mannie Bible Institute and Eastern Baptist Seminary where he received his Bachelor degree.   Masters degrees in Theology from Jamerson Bible College in Philadelphia, PA. He earned his Doctor of Divinity degree from Brownwell University in Tuston, CA. Dr. Graham completed advanced academic studies at Hampton University in Hampton, VA, Kings University in Roselle, New Jersey and New Brunswick Seminary in New Brunswick, New Jersey.
With a wealth of knowledge and leadership abilities, Dr. Graham is the Director of Christian Education of the District Union of North Jersey, Secretary of the General Baptist State Convention of New Jersey, Member of the Executive Board of the Hampton University Ministers Conference, Vice Moderator of the Middlesex Central Baptist Association and Board Member at Large for the National Baptist Convention USA Incorporation.

Dr. Graham has been past Treasurer of the General Baptist State Convention of New Jersey, past President of the Baptist Ministers Conference of Newark, New Jersey and Vicinity and the past Vice

Dr. Graham is licensed by the State of New Jersey as Notary Public Commissions and serves as Pastor of the Tabernacle Baptist Church of New Brunswick, New Jersey for the past 36 years. 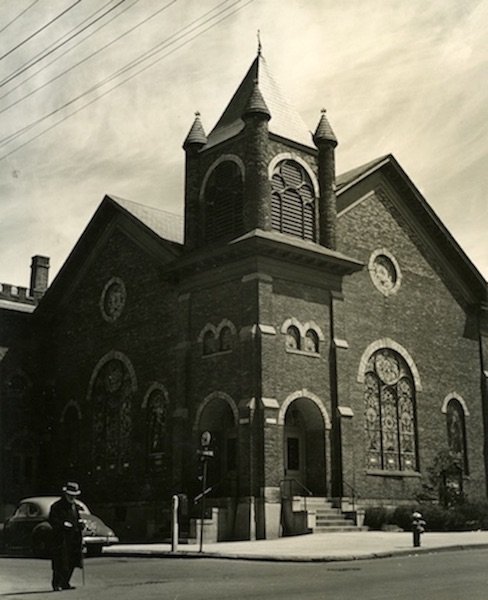 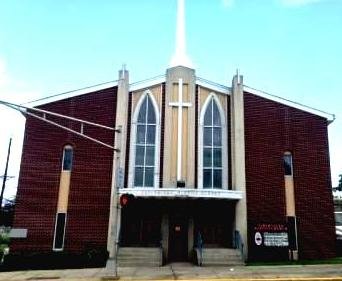 In 1946  a small group of Christians decided to start a fellowship. In the early years the prayer group would meet at the Workers Circle Building (orginally located on New Street in New Brunswick) and  local barbershop owned Deacon Richard Scott . Two years later, this group of family and friends evolved to a mission lead by our founding pastor Reverend George Miller. Accepted into the Middlesex Central Baptist Association on July 14, 1950 and Tabernacle Baptist Church was born.

Tabernacle Baptist Church was blessed to purchase the first Church house located at 13 Church St in New Brunswick. As the church continued to grow,  on July 4, 1954 the church building was sold and a larger property at 298 Memorial Parkway, Route 18 (formerly known as Burnett Street) became to new church home. On March 26, 1958 after serving for ten years, Pastor George Miller went home to be with the Lord.

Reverend Mascot Gardner accepted the call to lead the Church, and was installed as Pastor of Tabernacle on June1, 1958. Under the new leadership the church congregation continued to grow and move once again. In January 1967 the new church home was purchased at 239 George Street, formerly the Pitman Methodist Church—historical site in the city that was over one hundred and ten years old at the time— which is where Tabernacle Baptist Church still resides today.

On August 16, 1964 a Mortgage Burning Ceremony was held to signify the final mortgage payment on the property at 298 Burnett St. The small building on Burnett St had served the church well, but due to the rapid increase in membership, the search for a larger facility was under way.
In January of 1967 negotiation were in progress to purchase the Pitman Methodist Church building at 239 George St. This Church was historical site in the city of New Brunswick, over one hundred and ten years old at the time. On February 26, 1967, Tabernacle Baptist Church took ownership of the property formerly occupied by the Pittman Methodist Church one of the oldest churches in the city of New Brunswick.

Tabernacle Baptist Church attracted media attention when a march led by the Mayor  Chester W. Paulus and the church members on June 18, 1967 . The march to trace their historical spiritual journey starting at the first church location 298 Burnett Street “store front“ to our current church home on 239 George Street, where a dedication service was held.

Once again, our spiritual leader was called home to be with the Lord . On October 6, 1981 Pastor Rev. Mascot Gardner pasted after serving the church for twenty-three years.

On September 14, 1982, Reverend Leo H. Graham accepted the call of the membership to lead the church, and on January 16, 1983, was installed as Pastor of Tabernacle Baptist Church. “The Lord continued to bless and add to the church “ such as should be saved.”

END_OF_DOCUMENT_TOKEN_TO_BE_REPLACED

Chairman Of The Deacon Baord Ministry

END_OF_DOCUMENT_TOKEN_TO_BE_REPLACED

Chairwomen Of The Board Of Trustees

END_OF_DOCUMENT_TOKEN_TO_BE_REPLACED

President Usher Board Of Ministry

END_OF_DOCUMENT_TOKEN_TO_BE_REPLACED 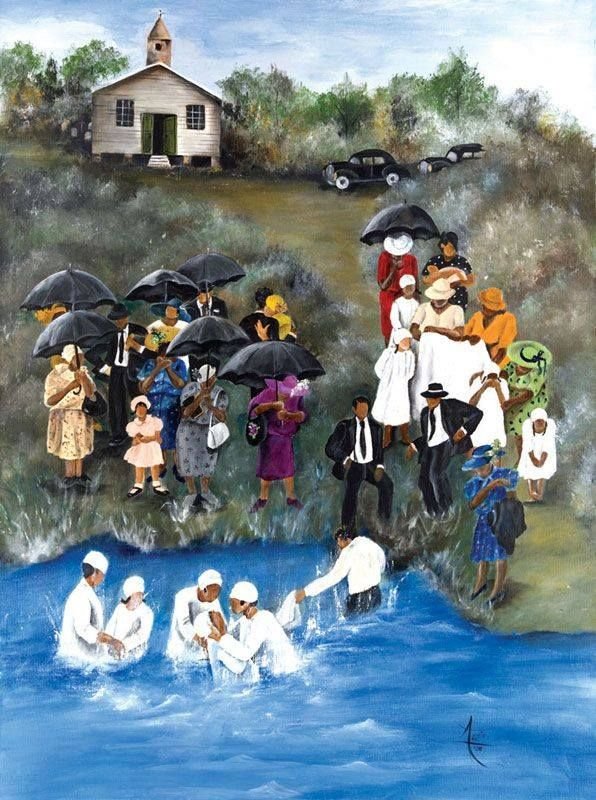 The ordinance of Water Baptism symbolizes our full identification with Christ. I baptized you with water: but he will baptize you with the Holy Spirit’ ( Mark 1:8 ) 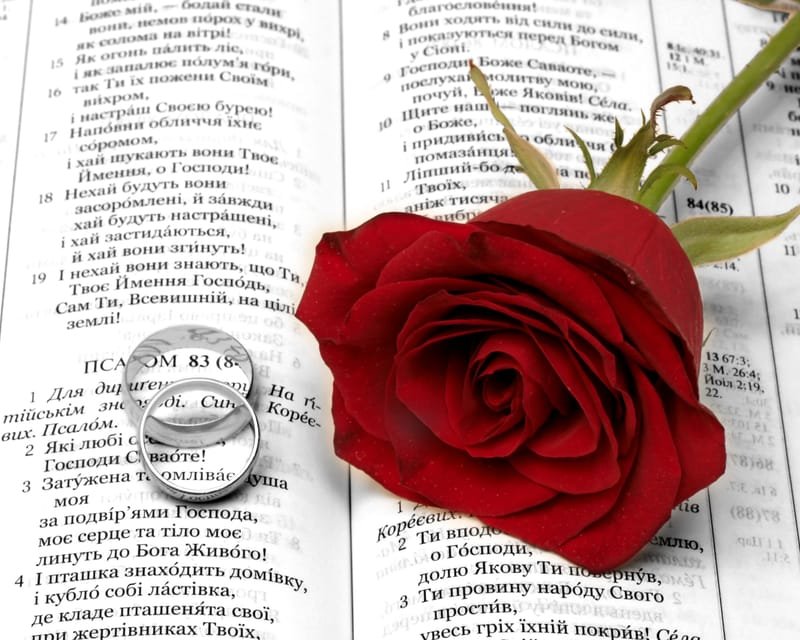 A couple stands in the presence of God and the congregation to commit their lives one to the other. It is our desire to see that your wedding is one that will bring honor to God. He who finds a wife finds a good thing and obtains favor from the lord. ( Prov 18:22 ) 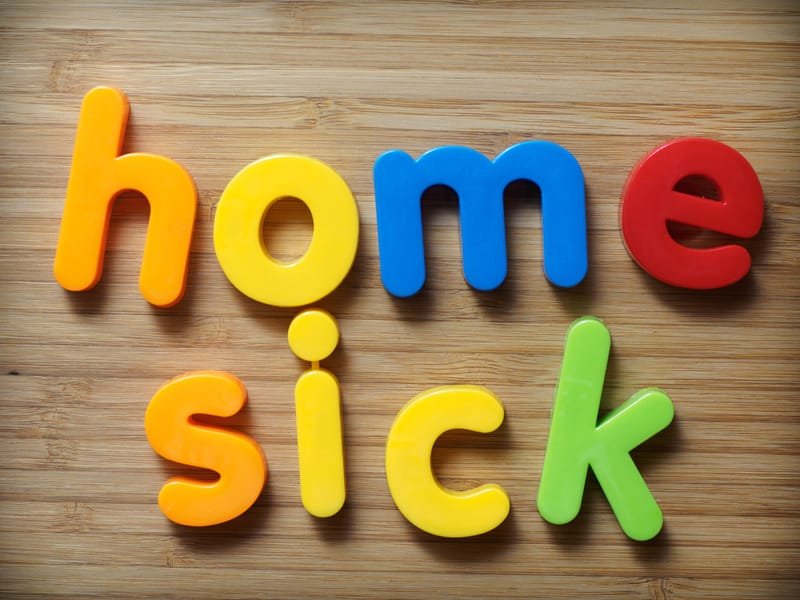 Is any sick among you? let him call for the elders of the church; and let them pray over him, anointing him with oil in the name of the Lord: James 5:15-16 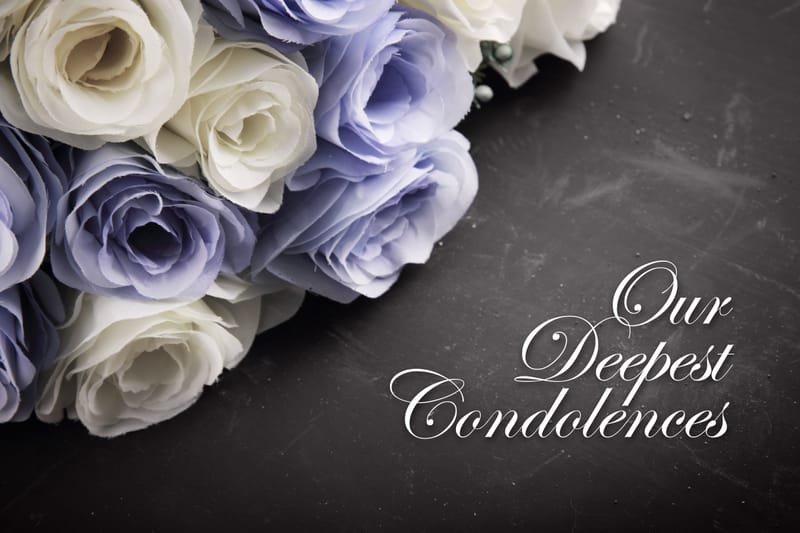 Where there is strife, there is pride, but wisdom is found in those who take advice.
Proverbs 13:10

Please fill out the information below. You will be contacted by the New Member Ministry to learn more about orientation, our committees and activities.


He saved us, not on the basis of deeds which we have done in righteousness, but according to His mercy, by the washing of regeneration and renewing by the Holy Spirit,     Titus 3:5

And pray in the Spirit on all occasions with all kinds of prayers and requests. With this in mind, be alert and always keep on praying for all the Lord’s people.
Ephesians 6:18

Our Missionaries are committed to giving back to our community through ministries of service, education, health and wellness support to women, men and children of all ages. 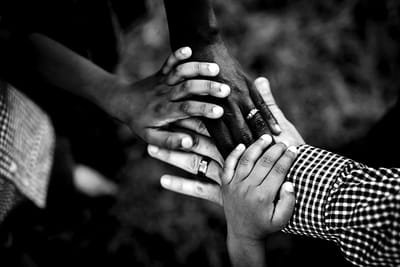 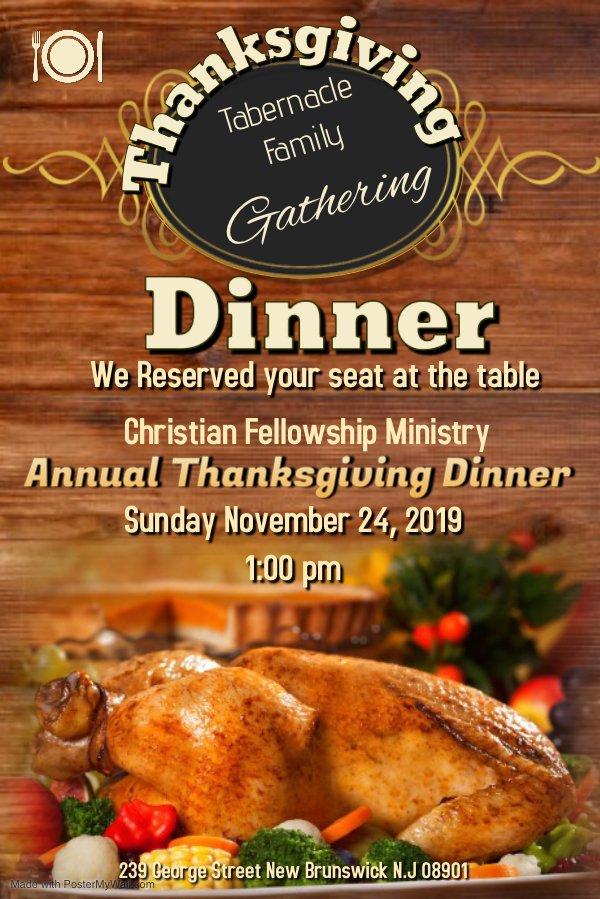 Rev. Dr. Leo H. Graham will be the guest speaker at Old Ship of Zion Church in Jamesburg N.J for their Leadership Anniversary program. 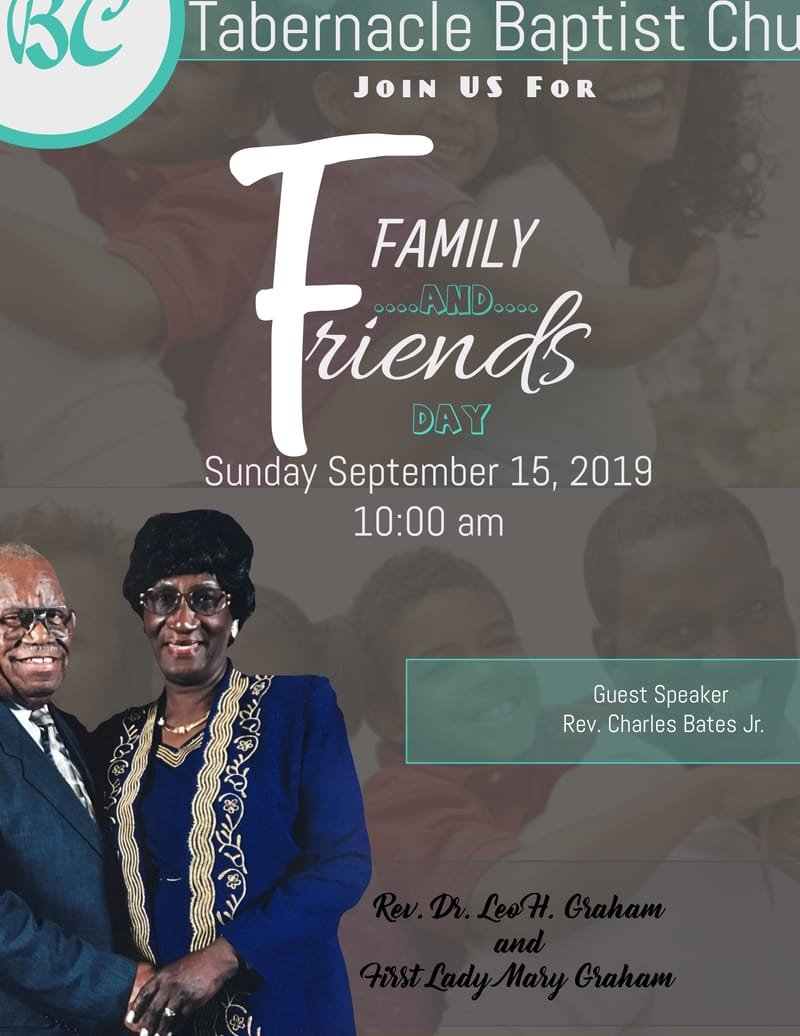