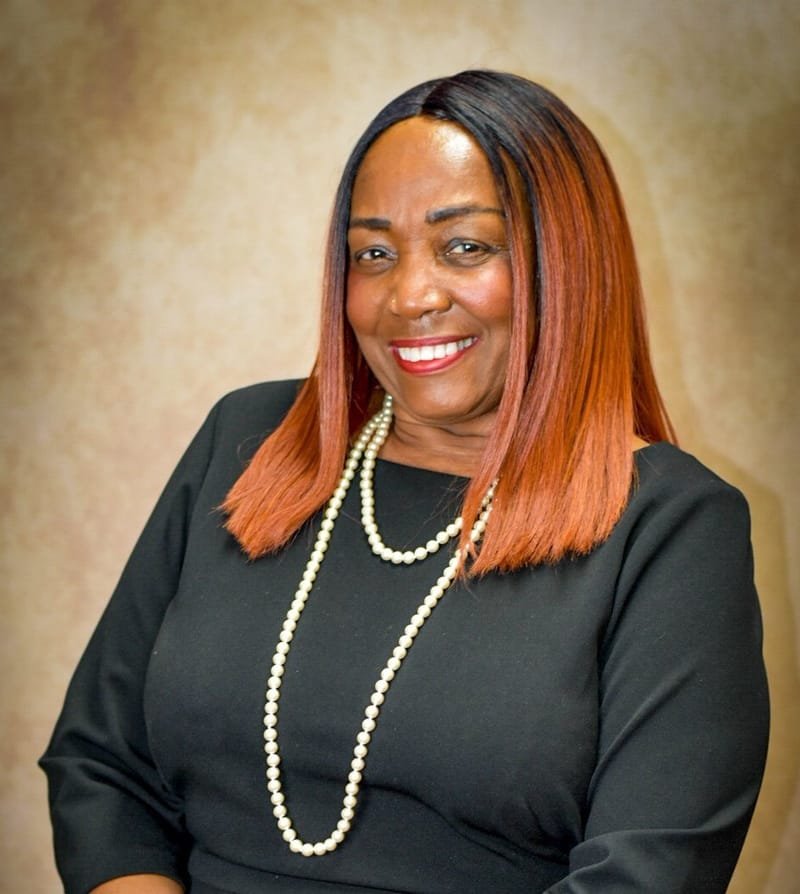 when she was nine years old. Later the family moved to Newark New Jersey where she resided

there for over thirty-five years. She attended Central High School and was Married after High

School to her former Husband Don L. Goods for 14 years who had a military career in the Navy

and Army. She has two married daughters from that marriage, and two grandchildren.

Later she attended Essex County Vocational School and graduated as a medical Assistant,

Social Science. She continued her education at Rutgers University- Newark where she received

her bachelor’s degree in Sociology She worked a Substitute teacher for Newark, East Orange and

She was a Community Advocate and workshop presenter for:

She went back to school at Rutgers University Newark, Graduate School where she got her

years old, when her grandmother did monthly missionary work and preaching in a country

When the family relocated to New Jersey as teen and young adult, she also assisted her other

that prayer changes things. She has heat of compassion for the Chaplain Ministry.

God called Mario to do professional Ministry in 1996, she began her Biblical education at

in Christian Education, and an Honorary Doctoral Degree in Theology 1997. She was graduated

Valedictorian of her class in 1997. She received her Evangelist license from the Rose of Sharon

Community Church by Rev. Ball in Plainfield in 2001 and Received Ministerial license for the

gospel throughout Essex County Union County for over twenty years. She has participated in

called her into the Chaplain Ministry in 199. Where to has been a voluntary chaplain in various

evangelized and did sermonettes in many Nursing homes in the community.

She always updated her knowledge in of the Bible, she did Biblical courses at New Brunswick

courses in Regent University, Master of Divinity Program. She was Chaplain for National

Counselor for Negro Women for three years, and Breast Cancer Coordinator, where she

She is the Author of Jesus Is Lord – the Life and Ministry of Jesus Christ, available on Amazon’s

The Holy Spirit inspire her to preach the gospel wherever she goes.