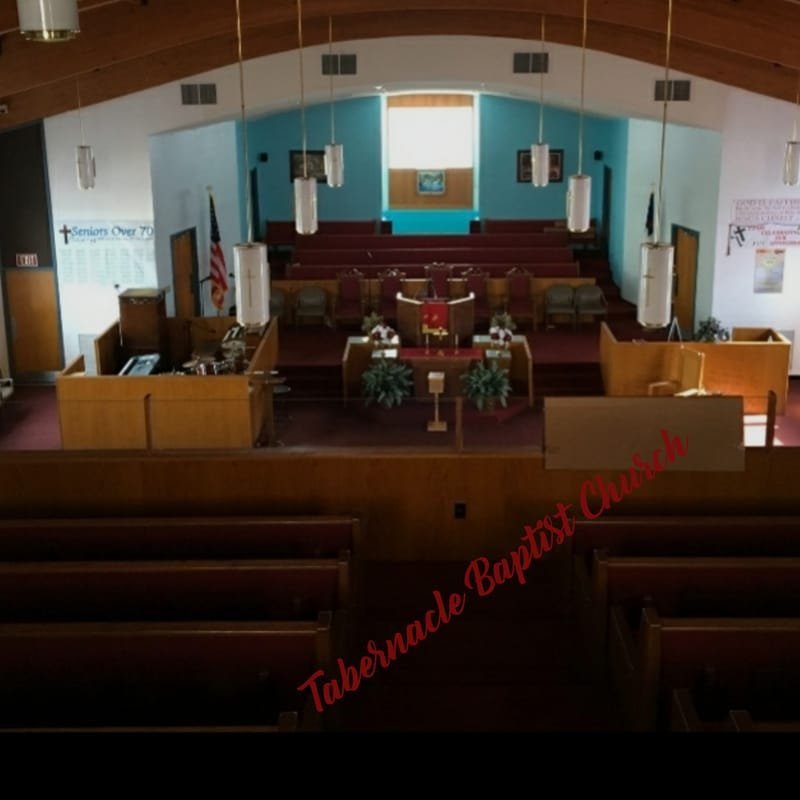 In 1946 a small group of Christians decided to start a fellowship. In the early years the prayer group would meet at the Workers Circle Building (originally) located on New Street in New Brunswick) and local barbershop owned Deacon Richard Scott. Two years later, this group of family and friends evolved to a mission lead by our founding pastor Reverend George Miller. Accepted into the Middlesex Central Baptist Association on July 14, 1950, and Tabernacle Baptist Church was born.

Tabernacle Baptist Church was blessed to purchase the first Church house located at 13 Church St in New Brunswick. As the church continued to grow, on July 4, 1954, the church building was sold and a larger property at 298 Memorial Parkway, Route 18 (formerly known as Burnett Street) became our new church home. On March 26, 1958, after serving for ten years, Pastor George Miller went home to be with the Lord.

Reverend Mascot Gardner accepted the call to lead the Church and was installed as Pastor of Tabernacle on June 1, 1958. Under the new leadership, the church congregation continued to grow and move once again. In January 1967 the new church home was purchased at 239 George Street, formerly the Pitman Methodist Church—a historical site in the city that was over one hundred and ten years old at the time— which is where Tabernacle Baptist Church still resides today.

On August 16, 1964, a Mortgage Burning Ceremony was held to signify the final mortgage payment on the property at 298 Burnett St. The small building on Burnett St had served the church well, but due to the rapid increase in membership, the search for a larger facility was underway.

In January of 1967 negotiations were in progress to purchase the Pitman Methodist Church building at 239 George St. This Church was the historical site in the city of New Brunswick, over one hundred and ten years old at the time. On February 26, 1967, Tabernacle Baptist Church took ownership of the property formerly occupied by the Pittman Methodist Church one of the oldest churches in the city of New Brunswick.

Tabernacle Baptist Church attracted media attention when a march led by Mayor Chester W. Paulus and the church members on June 18, 1967. The march to trace their historical spiritual journey starting at the first church location 298 Burnett Street “storefront“ to our current church home on 239 George Street, where a dedication service was held.

Once again, our spiritual leader was called home to be with the Lord. On October 6, 1981, Pastor Rev. Mascot Gardner passed after serving the church for twenty-three years.

On September 14, 1982, Reverend Leo H. Graham accepted the call of the membership to lead the church, and on January 16, 1983, was installed as Pastor of Tabernacle Baptist Church. “The Lord continued to bless and add to the church “ such as should be saved.”

On September 7, 2020, Our spiritual leader Dr. Reverend Leo H. Graham was called home to be with the Lord. After serving the church for thirty-eight years.

On March 27, 2021, Reverend Ryan M. Buckland accepted the call of the membership to lead the church,